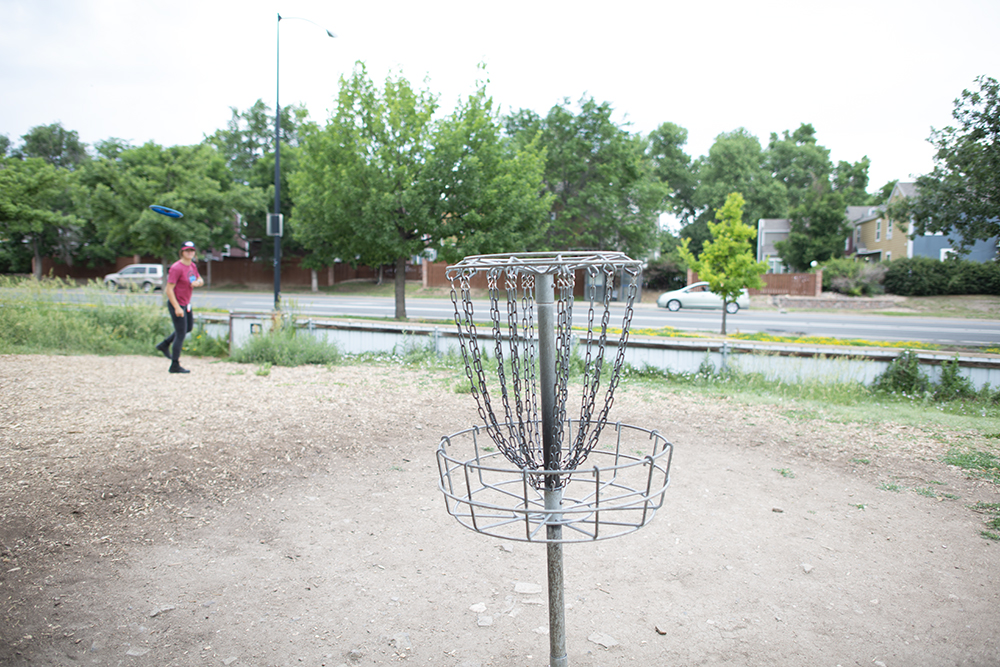 You know how wonderful it is that our products have crisp, high resolution, large photos? You can zoom in and see every single aspect and component on the PCB. Well, that’s thanks to meticulous photographer, Juan. He came to me a few weeks ago with a problem he was facing in one of his other interests: disc golf.

Juan showing off how it’s done!

For those unfamiliar with disc golf, it’s a game that is played pretty much the same as it sounds. It follows similar rules as golf…there are “holes,” which are baskets, and instead of using a golf club and balls, one uses a frisbee to throw at the target. Similar to golf, it’s played over a vast area of land between brush and trees, and there are different discs that fly better for long distance vs. short distance.

It’s clear, once you understand the game, that it could be problematic to lose a disc if you had a bad throw, and it would be quite time consuming to find it if it flew into a swamp or thick brush. Juan and I wanted to build a better method for locating a disc when a throw goes awry.

I realized that this problem extends to any object that might be subjected to getting lost, and there are many different technologies that could be used to locate something. So, we decided we would try out a plethora of different technologies to find the best one for the specific purpose of finding a lost disc. That means it has to be as lightweight and inconspicuous as possible, as a heavy build would completely mess up the way a disc flies, and thus, your accuracy.

First try with the obvious choice for positioning: GPS

My first thought was if you need to find the position of an object, the best method to do that would be with GPS. The XA1110 Qwiic GPS Breakout was the smallest module I could find that would be able to do basic positioning. However, the footprint and weight start to add up when you consider that in conjunction, the module requires both a microcontroller and power. But, it’s easy to build an interface with Blynk to track the module’s location from an app or the web.

Juan and I visited our local disc golf course and tested out just how heavy and cumbersome it would be to attach a microcontroller and module on the underside of disc. Some immediate issues came up: The weight definitely affects the throw, and the the module would need an extra casing to protect from impact damage and environmental damage (possibly water, dust, etc.)

Will the disc make it into the target? Probably not, as I threw it

So, off the bat, it seems that while GPS has the capabilites to track a disc, the footprint is too large to make much sense. I suppose that means we should look at other means of technology to find a better method…perhaps an RFID sticker that could be attached to the disc to ensure it doesn’t affect the game? Or maybe an Airtag that’s lightweight and can be integrated into the Apple ecosystem? We’ll try those out next time, so stay tuned, and if you have ideas, feel free to help us save some experimentation time in the comments!